MY "HOMEMADE HEADSHOT" DUE TO SUDDEN RETURN TO THE STAGE 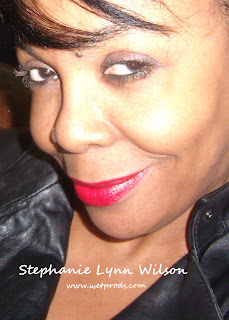 During the run of my play at Nuyorican Poets Cafe auditions were being held for Shakespeare Julius Caesar set in Africa. Since I would be in the theatre setting up for my show I decided to audition for the hell of it, as I do so love the classics. Well, I unexpectedly got the role of the soothsayer. My last headshots were taken in the 1980's and there was no time to see a photographer soooo I took a recent candid shot and cropped and played with it... Rome Neal's adaptation opens at Nuyorican on Dec. 2nd.
Posted by S.L. WILSON at 1:00 AM