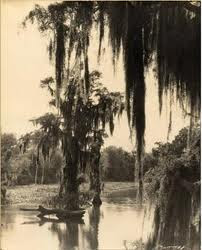 The new play is finished. I will be casting for a staged reading in April to test the flow of the play, and see what revisions are needed. "Blood Makes The Red River Flow", which takes place in Louisiana circa 1802-1961, is fiction based on historical facts from my research,and interviews with Creoles for my documentary "The Descendants of Africa: Evolution of a People and Culture".

Western Louisiana in 1961, as the Civil Rights Movement goes into full swing, Gabrielle Laviteaux Montero Jones primps in the mirror as she prepares to get presented to Black Society at the Cotillion. Her grandmother overhears her arrogant and naive remarks about being "special" coming from a line of beautiful Creole women who all were presented at "Debutante Balls". Grandma, or "Guma" as she is affecitionately called, has to school her on the sacrifices and struggles of her ancestors, and about the truth and the shame of the Placage System.

In 1802 in a Spanish, but soon to be French again Louisiana on the Red River, Gabrielle's ancestor Lizette Laviteaux is being presented to French and Spaniard men of means by her mother Yaya, of Wolof/Arab and French ancestry. She is about to enter what is called "Placage", an arrangement with wealthy European men to prevent a life of working in the fields, a life of poverty, and illiteracy during slavery. Lizette is reluctant, but her mother is pushy as she will benefit as well, and will make a good "deal" for her daughter.

"Blood Makes The Red River Flow" covers the trials and tribulations of Lizette Laviteaux, and provides an education for her descendants. It is inspired by my interviews, and filming in Louisiana for my documentary, "The Descendants of Africa: Evolution of a People and Culture".
Posted by S.L. WILSON at 8:56 PM