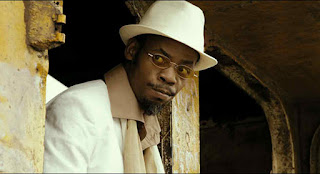 Original cast member of my Santeria mystery/thriller "A Wound In Time" is on a list of distinguished Black Actors who gave 10 of the top performances of 2011. Hoji Fortuna who won Best Supporting Actor in the African Academy Awards for his role in the film "Viva Riva" is now noted as giving one of the 10 TOP PERFORMANCES OF 2011 by a Black Actor. So well deserved. And I am like the proud mother! Click on this post's title to see the list.

More good news coming soon regarding "A Wound In Time"!
Posted by S.L. WILSON at 12:13 AM